The new year is here and we're looking forward to another great year of brews! We've been hard at work behind the scenes planning for 2018 and wanted to share some of what we've been working on. Our 2018 Beer Release Calendar is everything we'll be releasing and boiled down to one single sheet. It's our brew bible! Of course, most of your favorites are back, but as you'll see we're bringing some beers you might recognize out of retirement and releasing a ton of new beers. In all, we'll brew and package 31 beers in 2018 and that's not counting the tons of beers we'll be experimenting with and releasing on our pilot system here at the brewery. 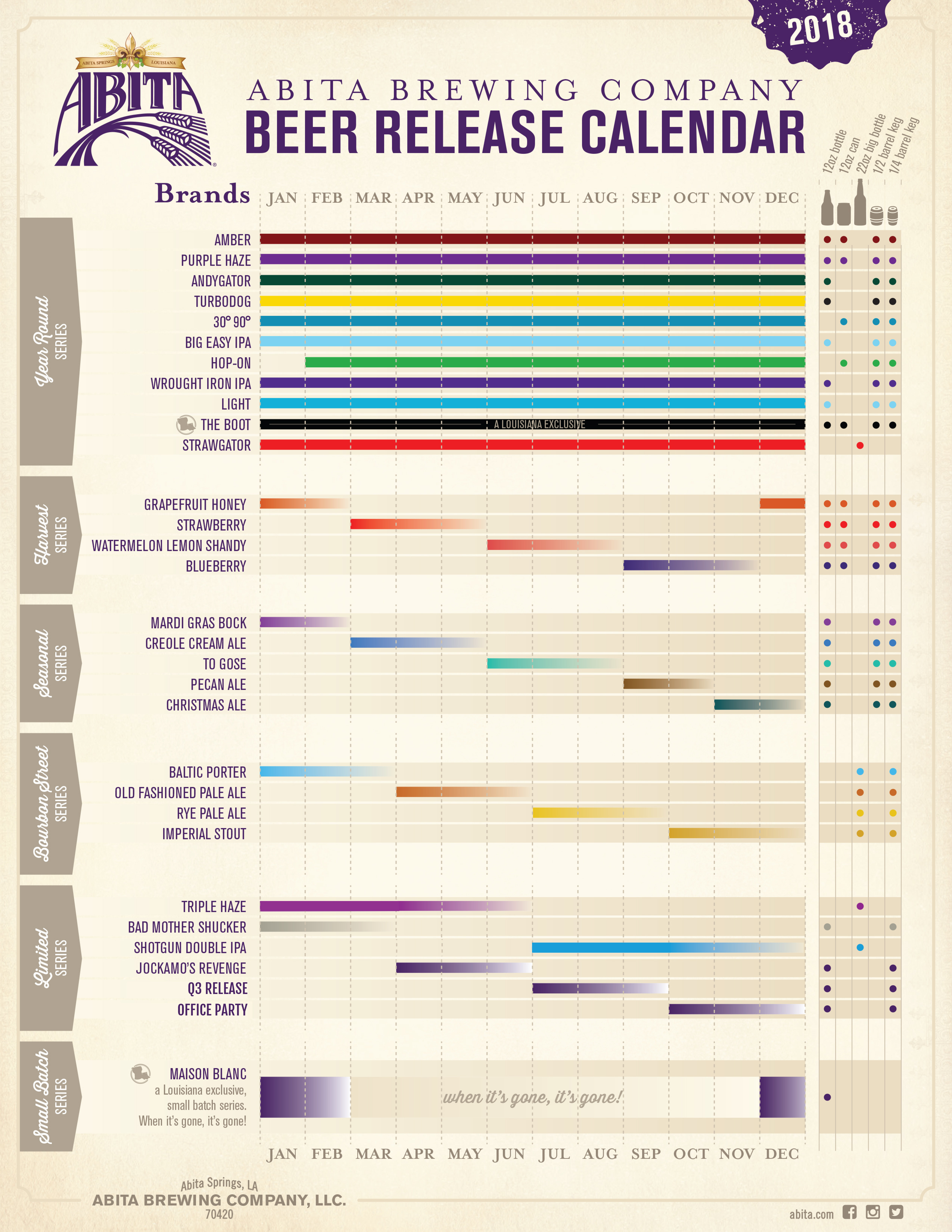 A big change in our lineup is the change of our Select Series to our new Limited Series. The idea behind the series will remain the same. These limited offerings will be where we experiment with new styles and flavors and try new things, but instead of the beer being sold in 22 oz. bottles like it has in the past, we're making the switch to 6pk carriers. In 2018, we'll release five new brews in all (not including our new Maison Blanc). Our new Hop-On hits shelves in February (more on that soon!), a Watermelon Lemon Shandy will be a part of our Harvest Series this Summer, and our Limited Series will feature three new brews after an old favorite, Bad Mother Shucker, kicks off the lineup this month.

We hope our drinkers are as excited as we are and can't wait for you to get your hands on some of these new brews! Mark your calendars and be sure to stay connected on social channels and become a member of our Brew Krewe to get more info on these brews and release dates as they become available.