Photos and article by Nora McGunnigle 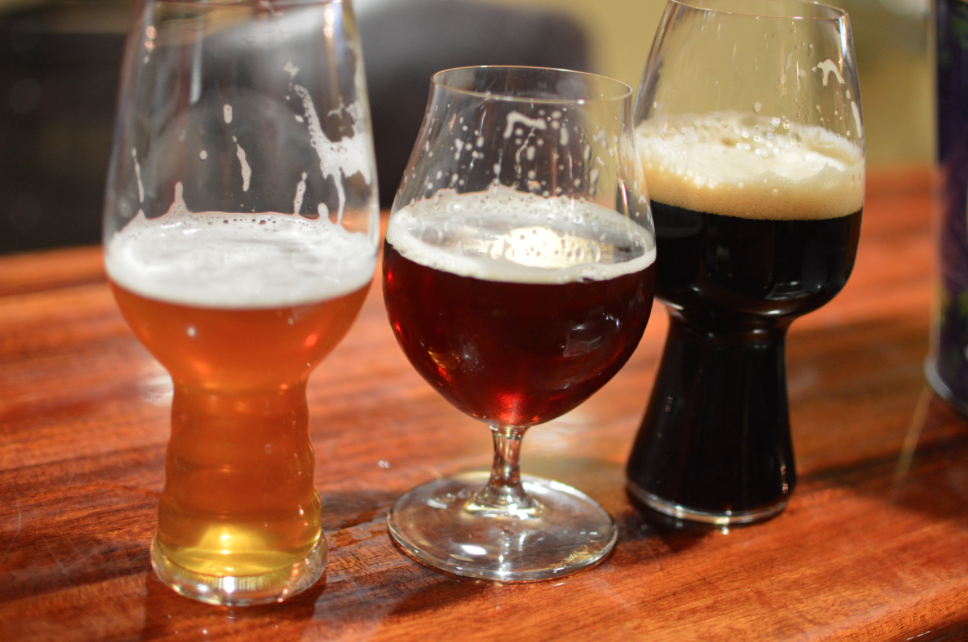 Abita Brewing recently paired up with glass manufacturer Spiegelau to demonstrate why the glass used to drink a beer is as important to enjoyment as the beer itself.

Speigelau expanded from wine glasses into the beer game in 2004, bringing the traditional lager, pilsner, and Belgian glasses to the market; several years later, the company began assembling professional tasting panels of brewers, homebrewers, and sensory specialists to create glasses for specific styles, like the ridged stemmed IPA glass and and the stout goblet, which warms the beer in the drinker’s hand.

The specialty glasses are superior to the industry standard shaker pint for several reasons; the quality of the raw product leads to a stronger, therefore thinner glass, which helps the liquid in the glass hit the palate in the appropriate spot, and promotes head retention and aroma enjoyment. The thinness of the glass also aids, paradoxically, in keeping the temperature consistent. With thicker glasses, according to Hillin, it takes longer for the temperature to equalize, therefore it takes longer for it to begin to insulate the beer. 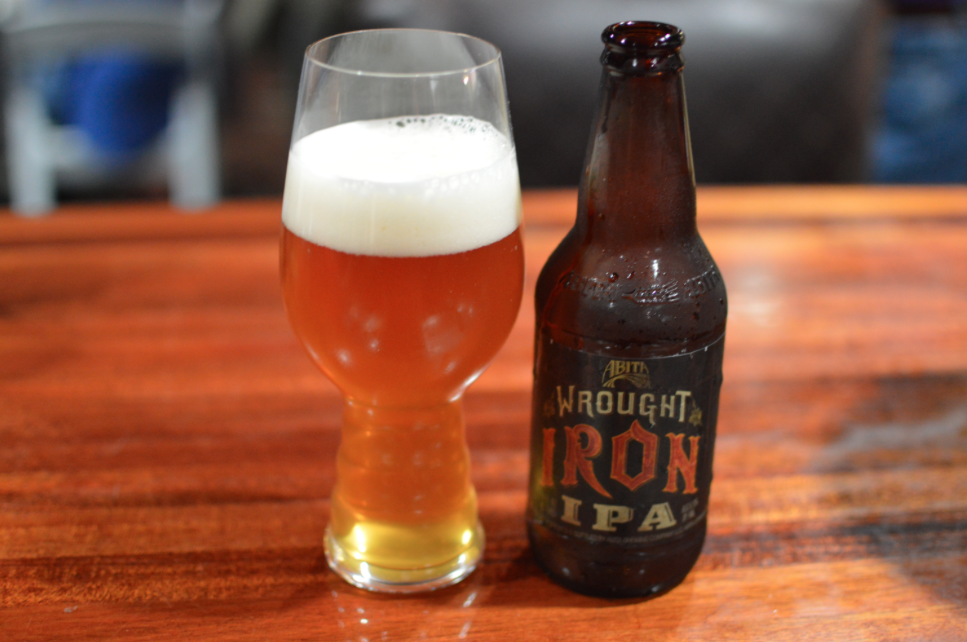 The ridges in the IPA glass constantly agitates the beer, creating the release of carbonation in the beer that keeps the aroma and flavors fresh and bright, which is crucial to enjoy this style of beer. One of the reasons Abita chose to collaborate with Spiegelau at this particular time is to coincide with the release of its newest year round beer and flagship IPA, Wrought Iron. Tailored to the modern craft beer drinker’s palate, Wrought Iron is made with Equinox and Mosaic hops, and Abita President David Blossman calls it “a Louisiana IPA” with tropical fruit notes coming through the hop profile. “Call it whatever you want, a Gulf Coast IPA, or whatever you like, but we’re subtropical. So these hops have the tropical notes – I mean, really, you can taste the pineapple. You really can.”

For the specialty stout glass, the goblet shape has a hollow stem, which enhances aroma and uses the heat of the drinkers hand to warm the dark beer to temperatures that are conducive to the style. Abita’s Naughty Quaker is an oatmeal stout currently out as part of its Select series of beer, which includes limited releases of one-off beers. Creamy and dark, with the soft mouthfeel provided by the oats, the glass really delivered all the goodness to all parts of the mouth, tongue, and palate. It was very pleasurable to drink, and at 6%, you can enjoy more than one (which I did.)

For the traditional glasses, the pilsner glass is a tall, tapered glass that showcases the pale effervescence of the pilsner as well as enhances the subtle aromas and promotes drinkability. In this instance, it may have promoted too much drinkability, considering the pilsner in question was an imperial pilsner. But it made for a very enjoyable sense experience. 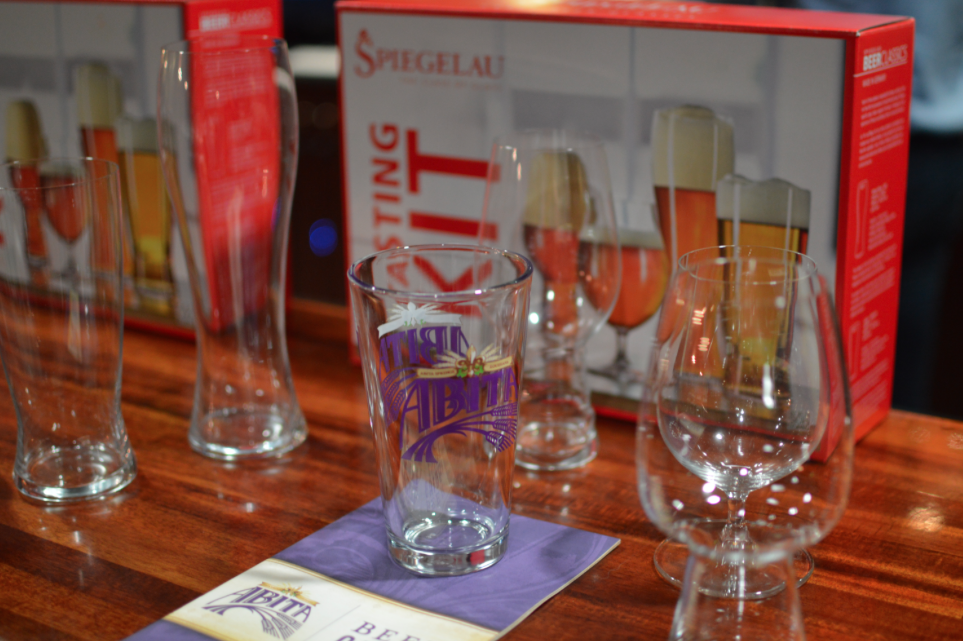 The Belgian tulip glass is a round shape which curves inward and then back out at the top, which properly places the palate to receive the beer as well as helping to enhance the “volatiles,” which are compounds that evaporate from beer to create its aroma, such as hop oils and yeast fermentation byproducts like alcohol and fruity esters. The volatiles can be further enhanced by swirling the glass. This kind of shape will focus the strong flavors of Belgian beers to the nose and the palate. It also creates and maintains large, fluffy heads.

The lager glass made Abita’s flagship Amber beer taste like a whole new beer. Wider at the top than at the bottom, all Spiegelau attributes were beautifully showcased in this lager glass. All the malt sweetness and hop bitterness presented beautifully over the thin glass lip, and the head retention and temperature remained consistent throughout drinking the beer.

This demonstration made a believer out of me regarding the proper shape and thinness of glassware. We did side by side comparisons with shaker pints and even tried the same beer in two differently shaped Spiegelau glasses, and the difference was immediately apparent.