HOW WE MAKE BEER 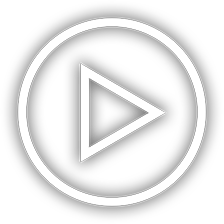 Watch How It's Done!

Let's start with the water. It's the reason the Abita Brewing Company is located in beautiful Abita Springs, Louisiana. While most other breweries must filter and chemically treat their water for the brewing process, Abita does neither. We take ours straight from the source. Our water is drawn from a deep artesian well in the Southern Hills aquifer system. Over 3,000 feet deep in some areas, it contains fresh water kept pristine in underground structures that are more than 2,000 years old. Our water has been tested and shown to be free of man-made pollutants, including Tritium, a man-made radioactive isotope that marks all surface waters.

Since its days as a Choctaw Indian settlement, Abita's spring water has been a cherished natural resource. The Choctaws used it for medicinal purposes and tourists at the turn of the century flocked to the springs to "take the water" and recuperate from yellow fever.

A story is told of a young Spaniard named Henriques who lived in Louisiana during the late 1790s. While hunting along the shores of Lake Pontchartrain, he met a beautiful Choctaw girl and persuaded the chief to allow them to marry. After bringing her home to New Orleans, Henriques watched his wife grow pale and weak and soon he realized that she was very ill.

None of the local doctors could cure her so Henriques finally consulted the Choctaws’ medicine man. The young woman was carried to the spring and left there with only a hammock, food and a dipper to drink from the spring. When Henriques returned, to his amazement, his wife was totally well and the water’s fame as a curative began to spread.

Word of the wonderful water spread to neighboring communities and in 1887, the first railroad arrived to the area. Boarding houses, hotels and restaurants were soon constructed to accommodate visitors. In 1903, the town of Abita Springs was formally organized and later chartered in 1912.

The sheaves you see on the Abita logo are not wheat, but good old barley. Barley can be eaten as a grain and it is sometimes used in soups and stews. Barley is good for you - it's full of fiber. Barley is also very good for something else: making beer. Barley is to beer as grapes are to wine. But before the barley goes into Abita Beer it must be malted.

Malting is a way of processing any cereal grain. Here's how it works: grains of barley are seeds. The barley seed is moistened, and like any other seed, it begins to sprout. The barley is then quickly heated in a large oven, called a kiln, to stop the growing process.

Malting the barley develops the enzymes in the grain that are needed to turn barley starch into barley sugar. Malted grain is also used to make whiskey and malt vinegar. Barley gets the malting treatment more than any other grain because it has a thick outer husk that stands up to all that soaking, sprouting and roasting. Malting is a complicated process and takes years of training and experience to master.

Abita acquires its barley already malted. We use only two-row barley grown specifically for brewing. Two-row refers to the way barley kernels are arranged on the stalk. Two-row barley has a fuller, maltier flavor than inferior six-row varieties. Seems picky, but we want the best for our beer. We search the world for the very best and currently use barley from North America, the United Kingdom and Germany. Our malt varieties include pale, crystal, lager, wheat and chocolate malt and numerous specialty malts.

Hops are the flowers of the hop plant. They grow on a climbing vine and look more like a green pine cone than a rose or a daisy. Hops are often grown in areas that also produce wine grapes, such as the Willamette and Yakima valleys in the Pacific Northwest. They balance the sweetness of the malted barley, they are a natural preservative and they add flavors and aromas to the brew. Alpha acids in the hops determine the bitterness content. Hops can be described with words like “grassy”, “floral”, “citrus”, “spicy”, “piney” and “earthy”. Hop flavor is subtle in most beers.

Hops are used at three different stages in the beer making process. Bittering hops are added first to offset natural sweetness. During the boiling process, flavoring hops are added to give a well-rounded hop flavor and aroma. At the end of the boil after the wort has cooled, even more hops can be added for additional aromas in the finished beer.  This third method is called dry hopping. To get a stronger taste of the hops, try an Abita Hop-On® or an Abita Wrought Iron®.

Yeast is a single-celled microorganism that converts sugar into two by-products: alcohol and carbon dioxide. We call that neat trick fermentation. Yeast has been used for making bread and beer for thousands of years.

There are two types of yeast: ale and lager. Lagers ferment from the bottom of the tank at colder temperatures and make a smoother, more well rounded beer. Ales ferment from the top at warmer temperatures and make a beer with more esters. Esters are compounds that produce pleasant aromas like fruit and cloves. Abita uses several kinds of specialized brewers yeasts from around the world including German Lager, German Ale, Belgian Ale, Californian Ale and other specialty yeasts that are cultivated in labs specifically for Abita Beer.