Abita Strawberry widely available on tap for the first time, including at French Quarter Fest

By Laura McKnight from NOLA.com | The Times-Picayune 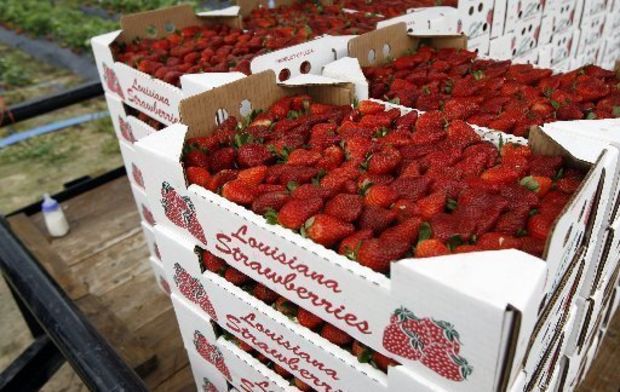 Abita Brewing’s popular Strawberry Harvest Lager is cropping up on taps around New Orleans, offering a spirited — and according to some, better — way to enjoy a local warm-weather favorite.

More than 100 bars and restaurants in the New Orleans area are carrying the strawberry beer on draft, a version preferred over bottles by some beer-drinkers, including Blossman.

Abita Strawberry fans can also find the brew on tap for the first time at this year’s French Quarter Festival, set for April 10-13.

The festival served the bottled version of the strawberry beer for the first time last year, said Rebecca Sell, marketing and publicity manager for French Quarter Festivals Inc., which produces the fest.

“Since we embrace all things local, the fact that it’s made with (South Louisiana) strawberries is very appealing," Sell said.

Lots of local beer-drinkers seem to agree, as demand for the strawberry lager continues to grow, Blossman said.

“It’s by far our No. 1 Harvest brand and seasonal brand,” he said.

Though many beer-drinkers may be getting their first taste of Abita Strawberry on tap or at a festival, the beer made its debut on draft in 2004 at the Ponchatoula Strawberry Festival.

“It was our way of getting into the strawberry festival,” Blossman said.

The beer remained available only on draft in 2005, and with very limited distribution outside of the strawberry festival, Blossman said.

The popularity of the beer surged, and the brewery decided to bottle instead, allowing for a wider and more varied distribution, he said.

An “almost uncontrollable” growth in demand made the task of forecasting the right amount of strawberries a tricky job, Blossman said. That task would become even trickier should predictions include both bottles and draft, so the brewery opted to just bottle the beer until growth rates leveled out, he said.

Strawberries form part of Blossman’s family history. The story goes that a seafaring ancestor brought some of the first strawberries to Louisiana — a story claimed by many local families, he said, laughing.

A more definite bit of history: “My grandfather made strawberry wine during Prohibition,” he said.